How to break the internet with Shor's Algorithm

Note: Thanks to minutephysics for the primer that allowed me to make this article and for making it a lot easier for me to learn about this.
Having started the journey of learning as much as I can about quantum computing, I decided that the next step is to try and gain an understanding of something practical. There has been a lot of discussion and debate about quantum computers having the potential to break encryption, thus rendering all internet encrypted traffic open to prying eyes, so I decided to investigate.
Fair warning, this is going to get a little complicated and I will try and explain it in layman’s terms, although there will be an equation or two involved – but nothing more complicated than middle school algebra … I hope.
All encryption over the internet is based on finding the
factors of a really large non-prime number. 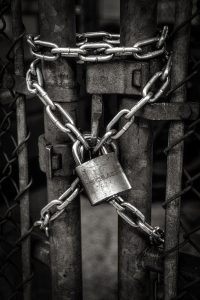 Unlike multiplying numbers together to get a really large number, dividing a really large number into integer factors takes a very long time. The best method we have for doing this is incredibly slow. In my previous article I mentioned that the largest factored RSA number was 768 bits long and it took 15,000 CPU years to decrypt (two years of real time, on many hundreds of computers). This takes too much time and electricity to be useful.
Enter Shor’s algorithm, quantum computers, and the threat these pose to effectively breaking encryption. The algorithm is based on two aspects of quantum theory, ‘quantum superposition’ and ‘interference’. Peter Shor is an American professor of applied mathematics at MIT and is the inventor of this quantum algorithm from his work in the 90s in the field of quantum computation.
RSA encryption is based on a mechanism of obscuring information with a large number such that the only way to unobscure it is by finding the factors of this large number. Our current best method effectively guesses a number and if it isn’t a factor, then it tries another until it finally finds a guess that works. Even with optimisations during the process, it is extremely slow.
Ultimately though, all encryption is based on the hope that the factoring process takes so long that people won’t bother and to date this has largely been the case.
Shor’s algorithm is based on making a bad guess of a factor and then using the algorithm to turn that bad guess into a much better guess. Unlike quantum computers that take an astonishingly small amount of time, classical computers can also run Shor’s algorithm but take a very long time to complete.
Fundamentally, it can be broken down into two parts:

The TL;DR here is roughly as follows:

The Maths Part
(NB: The following section uses * to symbolise multiplication – while this may offend the purist mathematicians for the purposes of this article it is being used due to common usage by non-mathematicians)
Let’s start with a big number N, which you’ll need to find the factors of. First step, make a guess, g, which is a number less than N. Numbers that share factors are okay too because of Euclid’s algorithm, which I won’t go into now, but effectively means that we can find the real factors using this.
We can now use a trick based on the following, to turn the bad guess into something more accurate:
Take any pair of whole numbers that don’t share a factor with N and multiply one of them by itself enough times you’ll eventually end up with some whole number multiple of the other number plus 1