Driving Agile Transformation from the Top Down at Borland 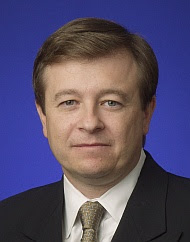 Well, here I am, at the Agile Business Conference in London. The keynote presentation is from Peter Morowski, Senior VP of Research & Development at Borland. Peter claims not to be an agilist or process evangelist. His responsibility is to deliver business results, through the reliable delivery of software product on time. Process, and agile, is just a means to an end…

Having said that, Peter’s first experience of agile methods was on a project that was going badly wrong. The project was completely turned around following the adoption of agile techniques, and specifically Scrum. Needless to say, now he’s converted. And he’s speaking about the merits of agile processes at the Agile Business Conference. Sounds like an agilest and process evangelist to me! (no bad thing).

Transformational change needs to go through stages to drive adoption in an organisation. Starting with establishing the foundations, then building confidence and socialising the changes. In the beginning, some teams said they were doing agile. But actually they were doing mini waterfalls, but in 4 week chunks. Some teams resisted the change, others were outright against the change. In the end, executive encouragement turned into a more prescriptive executive sponsored initiative, in order to drive adoption.

One ScrumMaster was made the internal agile coach and evangelist. As new ScrumMasters came on board, there was a supportive stage. There were people who were curious about agile, willing to adopt, but didn’t really know what to do. For these people, Borland provided training, coaching and guidance to help people make the change.

Although the executive approach was more prescriptive by this stage, the goal was to facilitate buy-in for the approach, not just to mandate it. Peter wanted buy-in; not compliance.

Borland also moved away from their centralised QA function, and set up multi-disciplined teams. The individual who used to head up the central QA function is now providing test leadership across the teams, being a mentor and coach to testers within the agile product teams.

65% of Borland’s teams are now using agile. 100% is not necessarily the goal. Teams that are successful are not mandated to change to agile, however those using agile have improved 100% in terms of delivering on time. The product teams, generally, are smaller. The business has greatly increased confidence in the teams’ ability to deliver. And morale in these teams is high.