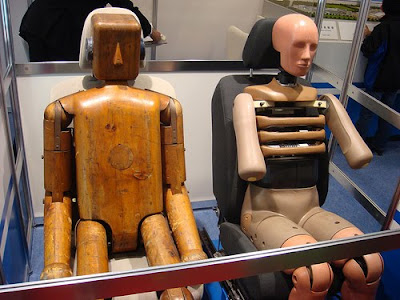 Ahem. Actually that’s a bit of an exaggeration. I have to be honest with you. Agile software development probably doesn’t really save lives. There, you heard it from me first. I just felt like being melodramatic…

Someone once joked with me that “agile is great, but you wouldn’t use it
on an air traffic control system!”

In fact, I wouldn’t dare use anything else.

But agile is just a concept – a set of values and principles. What specific agile practices would be most appropriate in a life or death situation like this?

Those who read my blog will know I’m a big fan of Scrum. I have used Scrum on its own, without any other agile practices, and with a great deal of success. I would probably still use Scrum as the management approach to an air traffic control system, but I certainly wouldn’t use it on its own.

For a project like this, where quality is absolutely critical and lives depend on it, I would put a strong emphasis on XP (Extreme Programming).

Personally I would describe Scrum as an agile management method, whereas XP is more about agile engineering and XP has some important practices to assure quality.

One is Pair Programming. If we’re going to write code that people’s lives depend on, there’s no way I would want a single line of code written by any one person. I would want every line scrutinised, every assumption challenged, and every line sanity-checked with a second pair of eyes. With Pair Programming, this level of continuous peer review obviously comes as standard.

Another QA aspect of XP is automated unit testing and Test Driven Development (TDD). On a project like this, I would want 100% test coverage. I would want to know that every scenario had repeatable tests, so we could be completely sure that nothing ever regressed after passing the initial tests without us knowing about it. Anything less would simply be inadequate.

There are many specific practices in Scrum and XP that would help to mitigate risk and assure quality on a project as critical as an air traffic control system. But these two practices in particular – Pair Programming and Test Driven Development – if followed religiously, I am sure would deliver higher quality code than any other approach to development and testing.

In commercial situations, this level of rigour isn’t always appropriate or affordable. But when quality is paramount, these engineering practices make complete sense. For an air traffic control system, the overhead of doing them 100% of the time is completely justified by the lives they could save.

In a situation like this, I wouldn’t have it any other way.