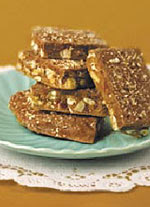 In the more traditional world of managing software development projects, it is widely acknowledged that developers can’t test for toffee!

Yet agile development methods increasingly seem to require or imply that all people in the project team should test, including developers.

So, first of all, why is it that developers can’t test? Are we to believe that these highly intelligent individuals somehow don’t have what it takes to test? Of course not.

But still it’s not enough.

So what do we do in agile development, where everyone is expected to test?

My answer is this:

Wherever possible, do include at least one dedicated tester within the Agile Development team. If the tester is not able to test everything personally because there are more developers than the tester can handle, have the tester take a special QA role, including the following activities:

In my experience, there is real business value in having tester expertise for this quality management / quality assurance role, even in a situation where there aren’t enough testers to go round. In an Agile Development environment, the emphasis of a tester’s role is more on QA than it is on testing per se.

See also:
Why Agile Testers should be in at the start
10 Key Principles of Agile Development