Talking Heads – Can You Solve a Problem Like Anxiety?

I’m sitting in the 101 Ways main office alone. I have a designated hot desk for when I come in, which of course defeats the object of hot desking, but it’s a small thing that helps me feel less anxious about the freelance writer lifestyle. Apt also because anxiety is actually what I’m here to discuss today.

Taking advantage of the quiet, I finalise my preparatory notes for an interview I’ll be conducting later with Alexandra (Ally) Mitchell. I wait for her to arrive which she does, around an hour later, fresh from her weekly counselling.
Ally looks relaxed, but determined. A self- 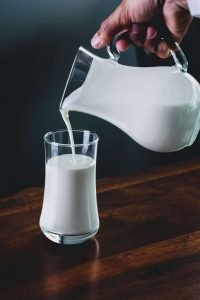 confessed ‘over-sharer’, she stands in the doorway and tells me that today’s session was good, but that before she does anything else, she simply has to take a ‘milk selfie’. This is later explained (much to my bemusement) as a ‘thing’ arising from last night’s pub quiz, won by Ally and her teammates. Apparently one member (allegedly over the age of five) had the audacity to request a glass of milk at the bar, rather than the custom pint. I begin to wonder if this is the new trajectory of millennial drinking habits, but there is no time to follow the thought through. Down sits Ally and begins telling me in earnest (and the two other 101 Ways’ crew who have since entered the room post-selfie) about the latest goings on in her love life.

This isn’t unusual work chat. In fact one of Ally’s greatest qualities is the ability to be open with anyone and everyone. And I mean everyone. When we first met earlier this year, she had told me that, “Whatever the topic, whether its my love life (or lack of), the dramas with my friends, or my bowel movements; I am always very honest.”

While some may find this unnerving or ‘TMI’ for those au fait with millennial parlance, many – myself included – find this endearing. So it came as a surprise when during one bout of oversharing, Ally admitted she often suffers crippling anxiety.

During our interview, I ask Ally how anxiety manifests itself for her. Like many others I know, she said it begins with a pattern of overthinking; negative scenarios play on repeat in her head until she’s so worried she can’t sleep.
How did it start, I enquire. Was there a trigger? Ally stares at the ceiling and nibbles her fingernails. “When I moved from my old job in recruitment, where I worked long hours, to 101 Ways where they are flexible with your time, my personal demons began to show. Almost as soon as I slowed down, they crept out of the shadows and it soon became unbearable.”

As someone who is all-to-familiar with that feeling, I ask her what drove her to finally do something about it. “While taking the tube with a friend, I tried to explain to her how my anxiety was making me fear the future. She suggested I speak to someone about it.”

She went on: “But I was worried that ‘giving in’ and talking to someone about my paranoias would make me focus on my dysfunctional family and the fact my grandmother [Ally’s carer throughout much of her childhood] had dementia. I wasn’t sure I was ready for that.”

“Wrongly – and I realise this now – I thought once I admitted I needed help, people would think I was ‘crazy’. I’m a very independent person. I was raised to never rely on anyone. So to put my hands up and say ‘I need help’, for me, was the equivalent of saying ‘I’m weak’.”

We agree that mental health seems to be having a moment. From Scottish First Minister Nicola Sturgeon recently announcing a £250m boost for mental health services, to an increase in the number of children and young people with a diagnosable mental health disorder, it’s a hot topic. And yet, it still remains taboo, despite our constant connectivity and social media causing a new and wider-felt realm of pressure than ever before.

Ally says: “As a result of this perceived weakness, people don’t like to admit when they’re seeking help. But I decided I didn’t want to be that way and so in line with my oversharing nature, I began telling anyone who would listen that I am in counselling. Every Thursday at 10am to be exact. And do you know what? As soon as I did, people came out of the woodwork and said that they too, had been to see someone either in the past or were still doing so.”

Clearly buoyed by this newfound support, I ask Ally what advice she would give to people who are suffering but remain fearful of reaching out. She pauses thoughtfully, “First, I think it’s good to share. Doing so has a wider impact and really helps others to say ‘It’s okay, I’m not perfect and I need help’.”

Without taking a breath she adds: “On a more practical level however, people shouldn’t settle for the first counsellor or therapist they find. It’s about connection, but you also need someone who challenges, rather than mollycoddles you. The scariest thing honestly, like most life events, is the build-up to going.”


While it hasn’t cured her anxiety completely (it is very much an ongoing process) it is obvious to me (and the wider 101 Ways crew when I ask them later) that it’s been a massive leap in the right direction for Ally. She wholeheartedly agrees: “Sessions can be hard when you have to address things you thought you’d dealt with, but in the end you feel better for it. I want people to know they aren’t alone in this. Telling people I suffer with anxiety is sometimes half the battle, but I’m so glad I do because it helps others open up too.”

For more information and further resources on anxiety, visit Mind.